As the death toll of the worst Ebola epidemics gained worldwide attention, leaders of Minnesota’s African immigrant community gathered in the summer of 2014 to coordinate public support and awareness campaigns in Minnesota, as well as help with international medical and food relief for West Africa. As a result, MATFAE was born!

Created a nationally recognized model for coordinated community-driven response, cross-cultural and cross-sector collaboration, and elevated leadership roles of the African Diaspora on the US Ebola response.

Hosted several community town hall forums and public awareness campaigns on the science and impact of  Ebola in Minnesota.

Implemented an effective campaign to counter and address the stigmatization of West Africans in Minnesota, including the creation of an Ebola stigma legal response team and hosting of a joint forum with the Federal Department of Justice (DOJ) and other partners

Helped facilitate and sustain both local and international efforts to recruit and deploy health and technical professionals to combat Ebola in West Africa.

Elevated the personal stories of Ebola-related challenges, including its psycho-social/traumatic impact in Minnesota

Secured commitment from most of Minnesota’s US Congressional team (representatives and senators) to support and accelerate the approval of the 2014 Ebola TPS (legal temporary status) for West Africans from Ebola-affected countries..

Expanded the work of MATFAE to include the participation of leaders and groups outside the Twin Cities metro areas, especially support for and collaboration with Ebola-related projects and campaigns in the City of St. Cloud, Minnesota.

July 6th 2015, Project On Call Liberia (POCL) we deliver our 1st consignment of food to identified neglected Ebola Orphans in Liberia according to our representative on the ground , Ms. Robena Vincent. We look forward to deliver to more areas. 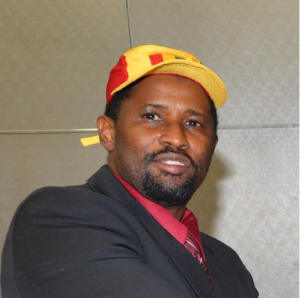 Alhaji Bah is the president of Guinea Community and Organization of Minnesota (GUICOM) since 2011. Co-Chair of Minnesota African Task Force (MATAFAE). A member of the board of Trustees at Masjid Al Nurr, Minneapolis, also a senior member of the board of Trustees of Masjid Al Ansar (MALICC), in Brooklyn Center MN. A Board of Advisers of the African Immigrant Services (AIS). A member of the West African Collaborative (WAC). He is also the CEO and President of his private business company “Bahsco Global Holdings LLC”, in Minnesota. He is an under graduate from St. Mary’s University of Minnesota, (SMU), 2007, BSc, Information Technology and a Graduate from Colorado Technical University, 2010, Denver, Colorado with MBA in Business & Information Technology.

As an IT Professional, through his leadership, management and technical skills with extensive experience, he provides, consulting, technical services for local and international on a small scale business. He also works for OSSEO School District 279 in Minnesota as Media Specialist and volunteer coordinator at Brooklyn Junior High school. He’s married to his wife, Mrs. Musu Bryant-Bah (from Liberia) for 20 years with four children. One is at U of M, others at Champlin Park High, Jackson Middle and Champlin Brooklyn Park Academy. Alhaji moved to USA in 1998. He decided to reside in Minnesota for family reasons, currently a resident of Champlin City, Minnesota. Last year in July, August and September 2014, he was amongst the fortunate ones to visit Mecca twice to perform his last rituals or pillars of Islam. “Umrah & HAJJ”. Alhaji Bah also have received many recognition awards for his good leadership and humanitarian services. In 2014, from Hennepin County Volunteers Partnership Program Services (HCVPPS) through his immense contributions for serving his community he was awarded a certificate of recognition.

As a leader, educator, entrepreneur, humanitarian and community activist, he engages in the advocacy for humanity, fights for the right of the disenfranchised immigrants in the West African Diaspora. Alhaji Bah helps coordinate and develops ideas to provide services for victims of disaster and affected areas in the West African region. Currently, he and other leaders of the West African community leaderships are partnering with local and international NGO to help provide the basic need to restore hope and sanity in the affected region, to help identify neglected orphans, victims and families of the Ebola virus locally also in Liberia, Guinea and Sierra Leone where he has ties and relatives with many individuals. As a humanitarian, he participates in promoting the voice of the voiceless.

On his free time, he’s a volunteer soccer coach at BPAA, he trains and coaches team #4 U11 for an upcoming local community soccer tournament, Scheduled July 6th 2015 in Brooklyn Park Sports Fields. Alhaji Bah is also an Islamic Scholar, teaches Islamic and Arabic Quranic classes on weekends free of charge at his residence. His favorite saying is “There is nothing in challenge like to put one’s community to its best” Which he believes in doing as long as he has the ability and breath to make it happen.