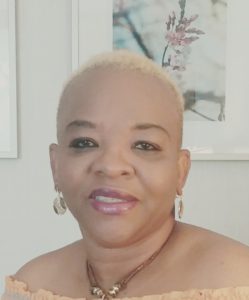 SAAMKY Catering’s Chef/Owner Salimatu Butler had a love of cooking from an early age.  She was constantly surprising her family and friends with variations on standard menus.

Her professional culinary career began when family and friends started asking Salimatu to cater small and large events for them.  She then decided to attend culinary school and enrolled in and graduated from Le Cordon Bleu School of Culinary Arts at Brown College in Mendota Heights, MN with an Associate degree.  There she learned the basics of a professional kitchen, about the origins, composition, and the scientific reactions that occurred when food is cooked in various ways, and about running a restaurant and catering business.  After graduating from Le Cordon Bleu, Salimatu moved full force into the catering business.

After a few years of running her catering business, Salimatu opened and operated an African restaurant in Minneapolis.  Later, to expand her business, she went back to school to study event planning.