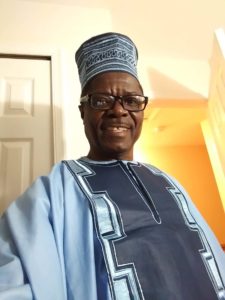 The Story and Philosophy
Citizens Against Poverty
CAP

About the Founder and Chief Executive Officer:  David Sargbeh Suah

Was born 1958 in Shadee Town, Juarzon District, Sinoe County; last of four brothers and only survival after the civil war with three surviving sisters.

As early as 9th grade, David wanted to be a farmer, but changed his mind when his class mates made fun of him because farmers are normally poor people in their villages; he therefore changed his mind and went on to do accounting, traveled to America and later earned his MBA from the Wilmington University in Delaware in 2007.

Suah is former employee of HSBC bank in Delaware, was asked to return to Liberia to work for the Liberian Bank for Development and investment (LBDI) in the role of Vice President for Accounts later work for The Palm African Holding Company as Chief Financial Officer and also work as a Consultant for the Ministry of Agriculture in the role of Comptroller.

Prior to migrating to the USA in 2000, David launched some major intervening projects working and organizing with the youth and men groups in an effort to bridge the gap of mistrust and promote cooperation:

He served as Co-Chairman of the Effort Baptist Church Deacon Ministry, is married with six children.

Going back to his original dream:

He would say, his brief stay at the Ministry of Agriculture return his focus on agriculture especially food production.
Suah reasoned as a business man, that there is huge money to be made through farming, with youth unemployment rate of over 85%, literacy rate of 4% in his community, abundance of fertile land, plentiful water supply and finally a very attractive industry of over $350m annually for importation of food that could rather be grown home providing jobs and creating wealth; this was a perfect opportunity to launch his NGO named and styled: Citizens Against Poverty in 2014. (LIGIST Liberia)

Picture of cassava Factory with Employees

Our mission to achieve this task is below, it is rather a command:

The People of Liberia are hungry and must be given food, education, training, housing, clean water and electricity….etc this is our ultimate calling to duty.

Wealth creation through cooperative farming on a commercial scale of diversify short term food crops and animals. Processing, packaging and marketing; Educating the youths and Conserving our precious forest and animals resources responsibly for DEVELOPMENT and sustainability for future generations; promoting tourism. Skills and capacity building for rural communities and fighting POVERTY.