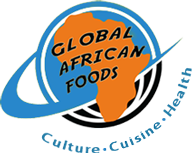 Brooklyn Park, MN-based Global African Foods, Inc. (GAF) was founded to meet rising demand in the U.S. for foods with African origins. This demand reflects both demographic and consumer trends of recent years. The growth of African immigrant communities in the U.S., including populations of African descent from Latin America and the Caribbean, is expanding the consumer base for Pan-African foods domestically. Meantime, mainstream American consumers are showing ever more interest in novel cooking and dining experiences. So-called inspirational consumers, having already expanded their repertoires to Latin and Asian cuisine, are embracing the largely undiscovered flavors of the African Diaspora.

James Sanigular is an immigrant from the west African nation of Liberia who has made his home in Shoreview and his living for 17 years as an investment banker. James missed one thing about his native land, the food.

Sanigular immigrated to the United States at age 16 in 1974. He went to the University of Minnesota, getting a degree in political science. For many years, he worked as a local stock broker. He also sold insurance for a bit, and for a few years helped operate an African food store in Crystal.