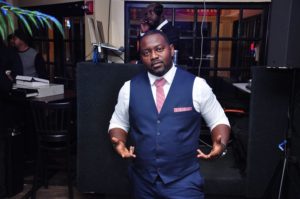 Tenekay Johnson (DJ Young T) was born in Liberia, currently resides in Minnesota and is a father of three. Tenekay always had a passion for music. He became a DJ when he attended high school in Egypt in 1999. After a few years, he migrated to the United States and perfected his craft in 2001. He remembered going around with CDs in his bag and his equipments in him car to offer his services as a DJ until the Liberian community knew who he was. After a few years, he later began booking Jobs at local clubs, concerts and events. Because of his passion and will to succeed, he  was nominated for four Liberian Entertainment Award (LEA).  He looks forward to continuing to shine the light and sharing Liberian music to the world.