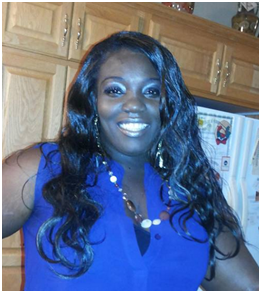 Victoria Peabody is best known for managing one of the most well known African restaurants in Minnesota.  Vicky’s Restaurant and Catering Services offered Afro-Liberian and Caribbean cuisines that catered to all sectors of Brooklyn Park, Brooklyn Center and surrounding areas of the Twin Cities in 2008-2010.

Before opening her restaurant, Vicky catered and planned menus for weddings, parties and gatherings earning herself a spot on the food designing and preparation circuit in Brooklyn Park and Brooklyn Centers.

A graduate of Penn Forster culinary classes, Vicky learned how to prepare and serve more exquisite meals that would meet new tastes and preferences.  The Penn Forster achievement advanced her culinary career and she now prepares gourmet dishes for customers and clients.

Vicky served as the in house caterer for the Brooklyn Park Community Center and catered for several weddings and programs in Minnesota and other states in the US.

Vicky’s claim to fame has been her tasty Liberian dishes that she has introduced to many other cultures and traditions.  Most notable is the kala and her most popular restaurant favorite, the Fried Rice and Fish with Liberian pepper; the dish that brought customers into the doors of the business every day.

Due to her exposure to the community through her food preparation, planning around events and her easy-to-be-with demeanor, Vicky was recently voted on the board of the Liberian Organization (OLM) in Minnesota, a voluntary position that she is very passionate about.

Vicky has several classical recipes that she has tested, but has not yet released to the public.  She will be holding a special event during the course of the year to release these recipes.

Vicky is married to Stanford H. Peabody with six children.  She and her family lives in Brooklyn Park, Minnesota.